Toxins are everywhere, but what’s the connection between toxins and weight loss?

People mistakenly believe that weight gain results solely from the vast amounts of calories we consume, the lack of exercise we get or genetics we are born with. While this all certainly contributes to weight gain and obesity, environmental toxic chemicals are another insidious villain lurking in the shadows.

We are ALL exposed to toxic chemicals every day. Did you know that their build-up in your body not only CAUSES weight gain, but can also PREVENT effective weight loss?

Man-made chemicals are everywhere and they might be making us fat.

In 2006, scientists at the Harvard School of Public Health reported that 6-month old infants were fatter than in 1980. Evidence suggests that certain environmental pollutants mimic natural human hormones causing more fat cells to be created. Ongoing studies are uncovering many chemical pollutants with a link to obesity. (see Born to Be Big, Newsweek Sept 2009)

Interestingly, a Scottish scientist, Paula Baillie-Hamilton published a paper in 2002 noting that obesity rates over the previous 40 years coincided with the increasing use of chemicals such as pesticides and plasticizers. A subsequent review of many of the old toxicity studies showed a number of these chemicals caused weight gain even at low doses.

Scientist in Japan found that Bisphenol A, or BPA, a chemical found in plastic watter bottles, glass jar lids, baby bottles and the lining of food-containing tins and cans lead to more fat cells. In your body, BPA acts similar to estrogen, and it has been linked to behavioral problems, reproductive issues, and obesity.

Another study that exposed mice to estrogen mimicking pollutants at normal environmental levels caused the mice to be 36% fatter than the unexposed mice. Both mice populations were eating and exercising the same. (see Obesity, The Economist, Feb 2007)

There are many studies looking at environmental toxins and weight loss, with none reporting weight loss as a side effect.

In 2005, Dr. Retha Newbold fed newborn rats genisten, an estrogen like compound found in soy, at doses equivalent to soy milk and soy baby formula. After 3-4 months the rats had higher percentage of fat and were noticeable fatter than the rats not receiving the chemical compound.

These results may not extrapolate to humans, however 20% of infants in the US are fed baby soy formula. New Zealand scientists have calculated that a “baby exclusively fed with soy formula could be receiving the equivalent of a number of birth control pills of plant-based oestrogens on a daily basis.” (see Toxic Love)

Another 2005 study in Spain reported a correlation between overweight toddlers and the amount of pesticides they were exposed to as fetuses. And in January 2009 scientists in Belgium found that children exposed to higher levels of PCBs and DDE (the breakdown product of the pesticide DDT) before birth were fatter than those exposed to lower levels. Neither study proves the chemicals were the cause, they only show a link.

Eliminate the Toxins and Weight Loss may be more achievable.﻿

Since we cannot completely avoid exposure, let’s help our body get rid of these chemical compounds. Cleansing the body will not only flush out toxic chemical, you will feel better and likely also lose weight. I know when many of you hear cleanse, you think about many of the cleanse products on the market that have you spending most of your time on the toilet or nearby.

The Isagenix Cleanse for Life product is a gentle head-to-toe nutritional cleanse and not a strictly intestinal cleanse. ﻿It gently clears out toxic chemical while supplying your body with nourishment at a cellular level that accelerates your metabolism, eliminates cravings and refocuses your energy into healthy life extending habits! 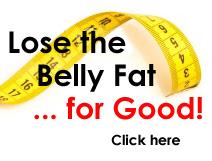 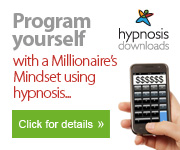